Hello! I’m Eleanorah Starr. I have been asked by

…my friend to come by a couple times a month and tell the tale of my time in the world of Ereth.

We were talking a while back about fantasy books, which she loves to read, and I just couldn’t help myself.

The story started coming out.

She, of course, was hooked, and always wants to know more, I can’t write it fast enough for her <eye rolls>, Lol.

“Do other worlds exist, you ask? Yes, they do.

I know this for a fact because I have been to another world; one not of this time and nothing like this one.

Perhaps that’s why I am so disenchanted with this world. I didn’t mean to return to Earth. I would have gladly stayed on Ereth for the rest of my life (which incidentally would have been much longer than it will be here), despite the dragons and unexplained happenings that were causing uncertainty in Huphaea.

I have no idea how I ended up in London that hateful day. One moment I was making camp in the Scarmagne Forest with my companions,

…the next I was standing on a street edge in Chelsea—looking totally ridiculous, mind you, in Robin Hood-like garb.

Thankfully, ComicCon was in town, so I didn’t seem too out of place, just a bit lost.

And I was so looking forward to seeing Irillo again.

Oh yes, I certainly did try to get back. Immediately.

I spent an hour searching for the exact spot where the portal was, but had no luck.

I can’t even imagine what I must have looked like to the passers-by, some sort of deranged, strung-out, role-player frantically slapping the brick wall in an alley aside The Split Chevron pub, muttering to herself.

I remember a dog growled behind me, and that stopped me searching. The guy spoke sternly to the dog and kept moving quickly when I turned around. That’s when I saw the sign across the way for Fulham Road, in The Royal Borough of Kensington and Chelsea. And I realized I was in London.

No. There was no warning the portal was there at all.

Portals weren’t ever talked about. I asked questions once or twice about them, where they were, how does someone find them? But my questions were ignored or shrugged off. I kind of got the feeling it was something that wasn’t discussed.

What was I doing there?

Adele, Solon and I were making camp for the evening. We were on our way back to Irillo from the last stop on our tour of Huphaea gathering family histories. Solon was tending to the horses, Adele was sorting food for the meal, and I was gathering wood for the fire.

And then I wasn’t.

I always wondered what they thought, how long they looked for me that night.

Irillo is the capital of the elven half of the island of Huphaea, the capital of Eflary. It’s where we started out from all those anos ago. I lived there with Adele until we were commissioned to go on the Collection.

No, I said anos. That would be the equivalent of a month in Huphaea, but it has five weeks of five days instead.

Well, sure, I can tell you all about my time there, if you have the time to listen. It’s not a short story.

There are eighteen Houses, each with two Scions, so we visited thirty-six places. Half in Eflary, half in Maarran, which is the human half of Huphaea. And that was after I had been with Adele for a while.

They even had families together, most individuals were well-mixed, honestly. Finding a pure human, or a pure elf was very rare.

The purest were the Fosters, for reasons I will tell when I get to them.

You sure you want to hear all of this? It doesn’t mean anything except to me, and you’re probably gonna think I’m nuts…

OK, well then, maybe we can break it up over a few sessions, sound good?

Where shall I start, I guess at the very beginning, right?”

Curious about the Elemental Families? Click on these two links for diagrams outlining the hierarchies. Which one do you want to hear most about?

Subscribe here to the Collection of Huphaea newsletter and get notified when Eleanorah posts next! Exclusive content will be included too!

What kind of world would you want to be transported to? Comment your answer below!

2 thoughts on “The Great Collection of the Elemental Families of Huphaea, anid 1830. #0”

This site uses Akismet to reduce spam. Learn how your comment data is processed.

Join 109 other subscribers
Follow The Sun, a Book, and a Dog on WordPress.com 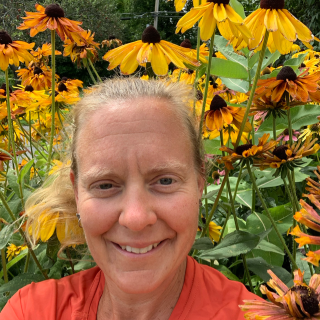